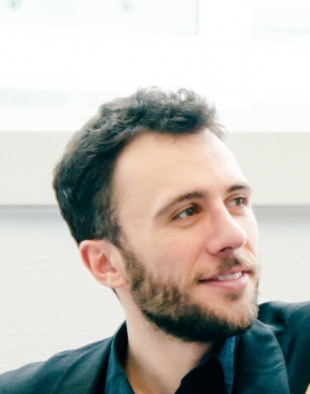 es in Modern Oboe at the Conservatory “G. Verdi” in Turin with B. Oddenino. He studied at the “Accademia dei Musici di Parma” with C. Hartman (Berliner Philharmonic) for two years, before moving to Den Haag. There he received his Master’s degree with A. Ogrintchouk (Concertgeboworkest) and K. Schoofs (Rotterdam Philharmonic) at the Koninklijk Conservatorium. In The Netherlands Federico gained interest in the world of Historically informed performance. He studied Baroque and Classical Oboes with F. de Bruine, always at the Koninklijk Conservatorium. From 2015 until 2018 he has been awarded a scholarship from the “DeSono” association to support him in his studies and musical activities.

He took part to CD recordings with the Academy of Ancient Music and has performed with conductors and soloists such as Valerij Gergiev, Richard Eggar, Salvatore Accardo, Christoph Hartman, Alexei Ogrintchouk, Justus Frantz, Enrico Pace, Amiram Ganz and Alessandro Quarta.

One of Federico’s main artistic interests is exploring chamber music in all of its forms. He has performed  with several ensembles in different festivals, such as the MiTo-Settembre Musica, the Festspiele Zuerich, the Festival Oude Muziek in Utrecht, the Bach for All Festival in Prague and the Takemitzu Festival (De Doelen).